People think climate change matters more to polar bears and ice caps or “someone else”. No, it’s you. And every single person around you. But so what? You can’t drop everything because temperatures are rising and there are a few negative effects…

But we can understand what’s happening with climate change, take note of possible actions, and make a steady change.

Climate change and global warming have different meanings. According to nasa.gov, global warming “is the long-term heating of Earth’s climate system” because of human activities such as burning fossil fuels. This increases the amount of CO2 in Earth’s atmosphere which leads to trapped greenhouse gases. In other words, global warming is the increase in Earth’s surface temperature and atmosphere.

If you live in California, for example, you’ve been seeing more wildfires, right? This is due to global warming: the increase in temperature which dries out the area and spreads flames faster.

Climate change, on the other hand, is the long-term change in weather patterns. This involves human and naturally-produced changes.

This is why so much focus is on the ocean. Imagine all the creatures underwater unaware of how their lives will change because of the temperatures increasing.

The effects of climate change are growing rapidly and you’ve likely felt them, whether you’ve noticed or not.

How to Reduce Climate Change

Luckily, we can control human behavior. How we act toward this planet and what surrounds it will be the climate change miracle down the road. Later generations will be able to live a cleaner, more sustainable life. So let’s get crackin’!

We are somewhat new in taking action towards climate change as a global unit, but it’s happening! Passionate people are making a difference in and out of politics and it’s important to remember we all have a say, we all have a part.

With rising temperatures and their negative effects come ways we can help out, and our climate is something we can change. Each step of impact leads to a greater purpose. 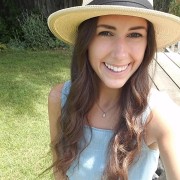 Claudia Grimm
Writer and nature lover, I'm a curious gal wanting to share what I've learned in personal and environmental growth. What have I realized the most? Small steps make big impacts!
Previous

What are Greenhouse Gases?

Recycling: Everything To Know

If deodorant didn’t exist, we would be standing 6 ft apart regardless of a global ...
By Claudia Grimm
June 15, 2022

How to Travel Sustainably

Written by Lena Milton Choosing between sustainability and travel can be a major dilemma for ...
By Claudia Grimm
May 2, 2022

Why Businesses Should Be Going Paperless

Written by Tina Martin from Ideaspired.com Why Businesses Should Be Going Paperless Going paperless is ...
By Claudia Grimm
April 19, 2022

Got scraps? Banana peels, eggshells, and all the leftover goodies don’t love going into the ...
By Claudia Grimm
April 13, 2022

Do Solar Panels Really Save You Money?

Written by Lisa Walker Solar energy in America is becoming increasingly popular, not just for ...
By Claudia Grimm
February 17, 2022

How to Travel Sustainably

Why Businesses Should Be Going Paperless